Selected References These references are in PubMed. This may not be the complete list of references from this article.

Tumors andInflammatory lesions have been described. Implications from this finding are discussed in relation tothe pathophysiology of ophthalmoplegic migraine.

Case report and review of the literature

CASE REPORTThe patient is an year-old man with a strong family history and personal history of migraine headacheswho insidiously developed a headache two days prior to the onset of right sided ptosis. His headache was inthe right retro-orbital area and was a deep, throbbing headache without associated nausea, vomiting or otherneurological symptoms.

On initial examination, two days after the onset of right-sided ptosis the patient had no headache nor anyother symptoms. Fundoscopic examination was unremarkable and there was no exophthalmos. His Ophthalmoplegic migraine paediatric oculomotor schwannoma pupilwas 4 mm and his left 2 mm.

His extraocular movements were consistent with a complete III nerve palsy onthe right except for a sluggishly reactive pupil, directly and consensually.

There was some mild horizontalnystagmus of the left eye on abduction of unclear significance, which disappeared after one week. Gait and stance were normal. Coordination demonstrated right greater than left dysmetria on finger to nose testing whichalso resolved after one week.

Deep tendon reflexes were diminished at the ankles. On presentation to the emergency room, a number of tests were performed.

A Tenslion r test showedminimal improvement of the ptosis. ACT scan of the head, with and without contrast, was normal. A lumbarpuncture was then performed, demonstrating an opening pressure of 15 cm H Cytology was negative and oligoclonal bands were not detected.

Chest x-ray was normal. A four-vessel cerebral arteriogram was then performed which was normal. A varietyof screening tests were obtained including a serumVDRL, ANA, thyroid function tests, anti-acetylcholine receptor antibody titer, angiotensin converting enzyme level and ESR, allof which were unrevealing.

A glucose challenge test demonstrated no evidence of diabetes. The patient was then started ona three day course of prednisone for a presumed inflammatory process of the right III cranial nerve. There was no evidence of an intraparenchymal brain stem lesions norinvolvement of the III nerve in its course through the cavernous sinus and supraorbital fissure.

The patient was re-evaluated one week after starting corticosteroids and his examination had improved significantly. Therewas a very mild residual ptosis.

His right pupil was 4 mm versus 3 mm on the left. 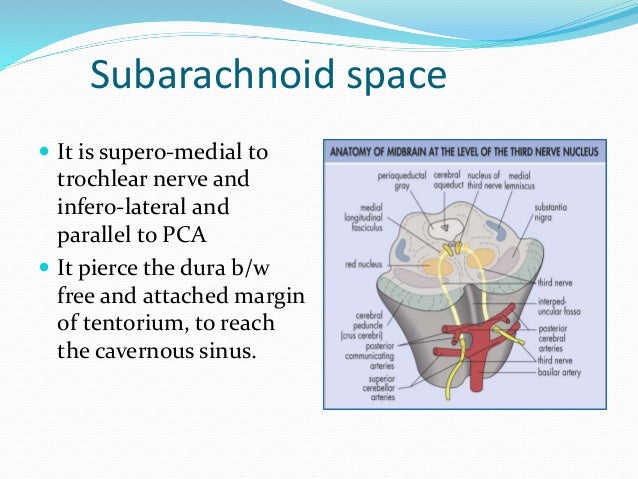 The weakness of the dorsiflexors of the feetwas unchanged. The patient in fact felt that this weakness had always been present.

Approximately five weeks after the onset of symptoms, a repeat MRI scan with gadolinium wasshowing marked improvement Figure 2. Although a diagnosis cannot be made unequivocally in this patient's case, we feel that the patient's history of migraine-likeheadaches, his clinical presentation and the otherwise inconclusive tests all support a diagnosis of ophthalmoplegic migraine.

None of these diagnoses seemed particularly plausible when considering the overall picture. The horizontalnystagmus in the left eye that resolved over several days could in fact represent a partial abducens palsy with the nystagmuson abduction reflecting weakness.

The third cranial nerve is most commonly affected, in which case mydriasis and ptosis can also be observed. The persistence of Adie's pupil after remission from ophthalmoplegic migraines in this patient was similar to two reported cases: one patient (20) exhibited transient Adie's pupil associated with migraine with aura, and another manifested a permanent deficit of the third cranial nerve after an ophthalmoplegic-migraine attack.

Cranial nerve disorders are uncommon disease conditions encountered in pediatric patients, and can be categorized as congenital, inflammatory, traumatic, or tumorous conditions that involve the cranial nerve itself or propagation of the disorder from adjacent organs.

In fact, about two-thirds of patients with ophthalmoplegic migraine involving the oculomotor nerve have at least partial pupillary sparing [9, 22]. Vijayan [ 22 ] reported on a patient with OM and oculomotor palsy with pupillary sparing and suggested a possible ischemic mechanism.